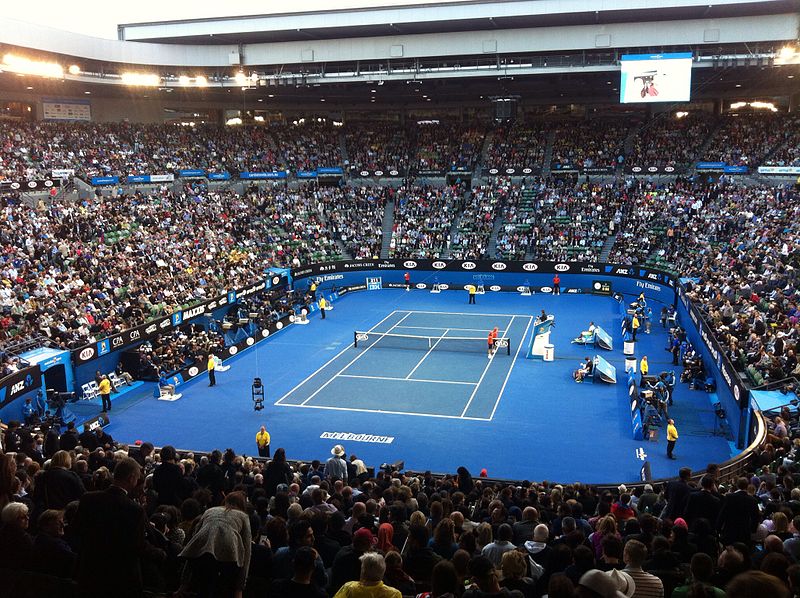 Year 2020 – 2021 is been the toughest times for the world. From small to big, name any person / business / organization / nation / economy, has suffered the pandemic Covid-19.

Professional Tennis players usually go through very tough routines to compete in the Grand Slams year around but in the year 2020 – 2021 the challenges were bigger; this time the goal was not only to win the championship but also to protect yourself and others from the disease.

We must put our hats off to the organizers / officials / sponsors / workers and players who have gone through tough times and made this event possible this year under such circumstances, where all other activities / events etc. were stopped due to the pandemic.

The organizers / officials / workers and players had to quarantine themselves 2 to 3 weeks earlier and were staying in the hotel rooms. They were only allowed to work limited hours and could not move around; even their food was being delivered at the rooms.

Players were only allowed 3 to 4 hours a day where they could do court practice and gym in their quarantine phase. Special Gyms were prepared for players next to their court and only designated players could have used the Court and Gym.

Australian Open management committee allowed only few spectators during the Championships in accordance with the space they have. Players were allowed to carry one or two persons with them. Players / officials and related were tested routine wise from the day of arrival to departure.

Novak Djokovic was able to win Men Singles title while Naomi Osaka has achieved the Ladies Singles title. Winning the Championships was not only goal they have achieved but they have also proved that how strong mentally they are under the unsupportive circumstances, they have managed to be the best.

These achievements under such scenario by athletes / officials / sponsors also bring our attention to the point that willingness and hard work finds a way out, and goals can be achieved. We are thankful to the management committee and sponsors of Australian Open Championships for their efforts and vision, which has made it happened and become a role model for other management groups.